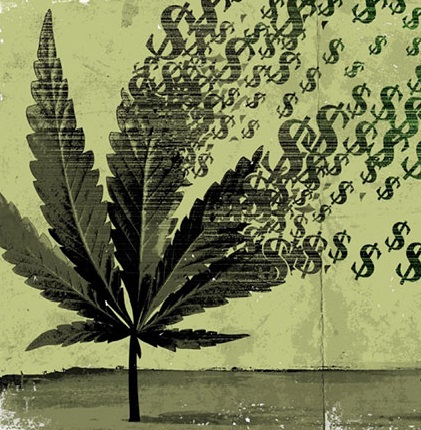 Canada’s green greed problem started years before the Canadian government legalized recreational cannabis in October of 2018. In fact, cannabis has been legal in Canada as prescription medicine since 2000. Prescription medications are normally not taxed in Canada. However, for cannabis, governments indulge in green greed, charging provincial sales taxes for this medication. Now that cannabis has been legalized for recreational use, a new excise (sin) tax has been added to the cost of both prescription and medical cannabis.

In my experience, medical cannabis is definitely not for everyone. I believe it should only be used after conventional medical treatments have been tried and failed. Cannabis is prescription medication, so it should be used only under the supervision of a doctor. When I first heard that recreational cannabis would be legalized, I thought it would be easier and cheaper for me to get, and I’d have more choice of suppliers. Unfortunately, thanks to the Trudeau government’s heartless and greedy approach to legalization, reality is the opposite to what one might expect.

The government’s green greed taxes hit low income and disabled patients who can’t work the hardest. This is because cannabis is a necessity for patients who must take a specific dose regularly. Recreational users can use it (or not) when they please. If a medical cannabis user skips or reduces doses because they can’t afford their regular dose, they often suffer withdrawal symptoms such as sleeplessness and irritability. Another side effect of green greed is that patients switch to addictive pain medications like oxycontin, which is not taxed. Given the serious harm it causes, oxycontin is the drug that should be taxed, not cannabis, whose addiction rate it much lower.

The federal government has always imposed tight restrictions on medical cannabis use. When I first began my two year quest to be prescribed medical cannabis, Health Canada had a list of types of ailments which qualified for medical cannabis. Cannabis for mental illness was strictly verboten, despite the increasing body of research that suggests cannabis can be beneficial for certain conditions including bipolar disorder. I started using prescription cannabis because I’ve had chronic insomnia since babyhood. Many drugs and treatments were tried, either they didn’t work or if they did, they had bizarre and dangerous side effects.

Before approaching my doctor about prescribing cannabis, I decided to try it on my own first. I found it pretty easy to get on the black market. There were Canadian websites where I could order it. My order would arrive by Canada Post on my doorstep a couple of days later. I used a small amount of dried cannabis once per day before bedtime for over a year before approaching my doctor. The doctor had already noticed a positive change in my demeanour, and had been asking about it for some time. The only side effect at first was that for a few weeks I became more agitated and short-tempered than usual. Sometimes I would fly into a rage, “see red” and beat my fist on a table or smash something. I nearly gave cannabis up for that reason, but luckily the touchiness and rages stopped after a few weeks.

An unintended effect of the cannabis which took me by surprise is that it vastly improved my mood. My primary symptom of bipolar disorder was always bipolar depression. Bipolar depression is nothing like the standard form of depression. It lasts for years, if not decades. It’s not just a case of the blues, it’s a deep and constant desire to commit suicide, and a lens of pure negativity which prevents a person from viewing any aspect of their life or themselves as positive. Bipolar depression also has a delusional aspect to it, a sufferer can become obsessed with negative or destructive ideas and beliefs without realizing it. People with bipolar depression often become addicts, as they use substances in a desperate attempt to get some kind of relief from the constant pain, despondency and anger. Alcohol was my substance of choice, but thankfully I’ve been sober for nearly six years now. Since my late teens I had been on a merry-go-round of antidepressants (a vast array of drugs and types of drug) as well as antipsychotics, mood stabilizers, and finally I was subjected to three rounds of electroconvulsive therapy (ECT) which did nothing other than wipe out two years of my memory.

So, you can probably imagine what a huge improvement medical cannabis made to my life. No more living in a black cloud with only death by my own hand or by addiction as an escape. I was able to make positive changes in my life, start taking better care of myself, and have things to look forward to. Being well rested each night also made a huge difference. I’m not a heavy user. I’m happy with a small amount immediately before bed. I have no interest in being dopey and stoned during the day. One thing I had to learn to deal with was the paranoia. It’s a very common unpleasant side effect of cannabis, and the reason why it’s not for everyone. I’ve trained myself to only think pleasant and calming thoughts when I use cannabis, and I only use it in the “safety” of my bedroom. I once tried smoking some cannabis in a vapor lounge, but I became paranoid from being stoned in front of others and never tried it in public again.

Unfortunately despite the benefits of medical cannabis for many Canadians, our government has chosen to behave punitively towards medical cannabis patients. We have always been restricted to buying our medicine via mail order from a select group of corporate licensed producers (LPs). In Canada prescription medications are assigned a DIN (Drug Identification Number) and are not taxed federally or provincially. Prescription cannabis is the exception. Both federal and provincial taxes are levied, and they refuse to assign a DIN number, thus exempting private and public insurance from covering medical cannabis. So medical cannabis patients, many of whom are disabled and can’t work, or are children (used primarily for seizure control) are refused prescription drug coverage and are forced to pay taxes on their medication.

Now that recreational cannabis has been legalized, medical cannabis patients are further punished in the form of a $1 per gram excise (sin) tax, along with additional taxes charged to the LP’s, which total 25% of the cost of their medication. In other words, legal cannabis may be great news for recreational users who don’t need it, but it’s a slap in the face to the medical patients who depend on it. Medical patients have such a hard time affording their medicine that the LP’s already offer 30% “compassionate pricing” discounts for lower income patients.  Nevertheless, 60% of Canadian medical cannabis patients report being unable to afford their full dose of medication. Here’s a live ticker which tracks the amount of tax patients have paid on their medical cannabis. As I write this (Feb 19/19) the total tax paid is over $121 million dollars since 2014.

When confronted at a town hall meeting about the unfairness of tax grabs from the sick and the disabled, Prime Minister “sunny ways” Justin Trudeau stated that medical cannabis patients and their health care providers are scammers gaming the medical cannabis system to get cannabis for recreational purposes, therefore they deserve to pay the additional tax. Recreational cannabis is legal now, so there goes that excuse! I saw the video of this incident, however it was completely buried by the news media so I can’t provide a link. Trudeau has, however, reiterated this stance numerous times as a rationale to tax medical cannabis.

Another side effect of government mismanagement of cannabis legalization is lack of supply. The licensed medical producers were permitted to participate in the recreational market when they shouldn’t have been. At the very least, there should have been regulations to ensure that there would be enough supply for the medical market instead of prioritizing the more lucrative recreational market. This translates to chronic (pardon the pun) shortages of the higher THC cannabis for the medical market, shortages which have been going on since May 2018. When more product is grown, it’s shunted to the recreational market again while medical users continue to do without their medicine. Medical patients are being forced to buy lower THC product, and then double their dose to get the therapeutic effect. Most can’t afford to do this. There are few other options.

One end result of the Trudeau government’s punitive, shortsighted greed are that many medical cannabis patients will be forced onto the black market. I am one of them. I can buy an ounce of high THC cannabis online (enough dried flower to fill a Mason jar) which lasts me 6 months, and pay the same amount as I would have paid my former “licensed producer” for two months’ supply – and I can get it whenever I need it. I’m not the only one. I’m now (July 2020) receiving frequent emails from my former licensed supplier, offering discounts on larger amounts of cannabis, something they’ve been flatly refusing to do for years. Their discounts are still laughable compared to black market prices. But it shows that producers are getting desperate as their customer base is shrinking rapidly.

One of Trudeau’s excuses for legalizing cannabis in the first place was to shut down the black market. Instead they’re enriching it by forcing medical cannabis users there to find what they need at a cost they can afford. Already Native reserves plan on growing cannabis to sell to non-Natives tax free, just as they do with cigarettes. Another effect will be that chronic pain sufferers will turn to highly addictive opiates, which unlike cannabis are covered by social assistance, provincial drug programs and private insurance. Trudeau’s government recently launched an initiative with the provinces to tackle the opioid crisis – which is having a significant impact on Canada’s already overburdened public health care system. Mean spirited tax grabs from poor, sick and disabled people are false economy when the tax haul is compared to the costs resulting when those people turn to opioids, and when they end up with deadly health problems like addiction, which are difficult and expensive to treat.