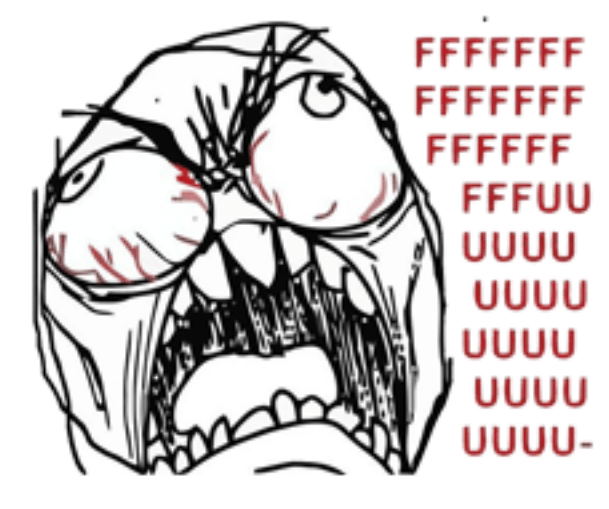 At first, I enjoyed my little walk on the left side. It was fun to poke fun at illiterate right wingers, and to read and share posts from others who were also making fun of them. I felt like I had made a new set of online friends. However, I took on some of their ugliness, such as their self-righteousness about “racism” and their worship of non-Whites. On Facebook I started reporting the most hateful and vile posts by right wingers, mainly the ones which were threatening or inciting violence. To my surprise, left-biased Facebook wasn’t receptive to my reports. They started banning me in retaliation.

I also noticed the rampant anti-White racism by the radical left side on social media, and I grew sick of it. It was tiresome reading over and over again that it’s my personal fault whenever bad things happen to brown people, just because I’m White. I refused to subscribe to the notion that I’m a “colonial” interloper in the land where I was born. Many social media posts by those on the left side claimed that brown people can’t be racist, only Whites can. They claimed that ALL Whites are racists, no matter what they do. They continually parroted the racist term “White privilege”. This irritated me because I’ve never been privileged at any time in my life. Brainwashed Whites themselves were posting a lot of the anti-White racism.

I even attended a couple of right wing rallies, among the far left Antifa and other counterprotesters. These Communists (they even hand out Communist Party leaflets to the public) fit the stereotypes about left side protesters to a “t”. There were obese women with pink and blue dyed hair and faces full of tattoos and piercings. Next were the black clad Antifa punks with their hoodies and face masks, rushing to start violence every time a cop or right wing protester made a sudden move. I stood off to the side watching this clown show. I felt embarrassed to be there. Both sides looked pretty pathetic to me. On the right side of the political spectrum there were the tubby guys with dogs in tow trying to look tough. They were wearing fatigues and bullet proof vests, covering their faces to ape Antifa. Protesting used to be meaningful, but those days are long over and it’s just a childish dressup farce now.

The final straw that ended my walk on the left side was seeing a crudely drawn cartoon posted on one of the left wing Facebook pages. It was a comic strip depicting a White male approaching a young Muslim couple; the wife was wearing a hijab and looked black. The White man politely asked the husband if he could ask the wife a question and the husband told the man he didn’t have to ask him, just approach the wife directly. So, the man turned to the wife and asked why she wears a hijab. Her response was to scream obscenities at him.

The individual who made this post was proud of it, and proud of the hostile reaction by the hijabi. The rude behaviour depicted in the cartoon was objectionable. Politely I replied to her post, asking what any Muslim woman would accomplish by treating anyone in this manner. I suggested that it might have been better for the woman in the cartoon to be polite if she didn’t want to answer the question. After all, the man was polite and he made every effort to avoid offending her or her husband. I stated that if Muslim women don’t want to be attacked in public, maybe they should try being nice to the people who are being nice to them.

It turns out that this black woman drew this cartoon herself. She launched a multi paragraph hysterical screed at me, accusing me of everything from racism to “stifling muh freedumb” and “victimizing her”. There were also plenty of personal insults and threats. In other words, she chimped out on me for calling her out for her entitled, hostile and racist attitude. And Muslims wonder why people hate them – it’s because people tend to return the feelings projected at them. The same goes for Antifa. Offer nothing but hostility and hatred and that’s all you will get back.

But those who dwell on the left side feel entitled to hurl as much abuse as they like at others, but they collapse into righteous tears and tantrums when other question their viewpoint. Another tactic of the left side is dogpiling on someone they disagree with, even when they have no idea of the reason for the attack. It’s the social media version of what Antifa does during their urban terror assaults. In this case, all these Einsteins needed to know was that a White woman offended a black woman. A number of this woman’s Antifa cohorts piled on with vicious ad hominem attacks against me. Not one of them addressed the actual points I made in my post that offended the hijabi negroid. They accused me of everything but eating babies for breakfast. One of them even tried to doxx me. I wouldn’t be writing this blog about my mental health issues if I had anything to hide.

In the end, these commie race-baiters and snowflakes did me a favour. They gave me a point of comparison. It helped me see that though the right has its illiterate troglodytes, the left side are a million times worse. When dealing with the left side, expect irrationality, double standards, self-hate, vicious racism against Whites, communist views, and violent behaviour. The difference between left and right is between malicious evil on the left and uneducated ignorance on the right.

My walk on the left side wasn’t a failure, it was a learning opportunity. Now that I’ve seen the insanity of the left side, I feel more comfortable with my own personal views. I firmly believe that even my most radical views, particularly about non-Whites, are justified. I used to be against “racism” but thanks to my lesson from the left, I’ve embraced it. But – my definition of racism is not the same as the standard one.